After years of effort, we’re happy to announce that the Pacific City Skatepark is now open! Phase one is complete, and we look forward to phase two, along with other upgrades to the park in general. Check out this short video discussing the history and efforts that went into making the skatepark happen!

Registration for the 23rd annual Cape Kiwanda Longboard Classic is open! When we inherited the role of organizer in 2011, we knew that it needed to be a way of raising funds for our PC community. There had been talk about building a skate park, but no official organization had been established or funds collected that we knew of. We thought a park would be a great addition and give the local youth a place to go and take pride in. This became the goal of the contest and its fundraising efforts. At the time, we hadn’t heard of the Nestucca Valley Community Alliance (NVCA) or the plan they had for a community park near Cape Kiwanda. It wasn’t until a few years later that we got wind of it and started collaborating with them about the potential of adding a skate park to their project.

Once we joined forces with the NVCA, we reorganized the contest and collected funds under their non-profit designation. We came to the agreement that since the skate park would take up about 10% of the overall park, we would be responsible for paying the same percentage for any development expenses. For example, if it cost $10,000 to have the overall plans drawn up, we would be responsible for paying $1,000 of it. A few years ago when evaluating the income being generated by the contest versus the time and effort put in by everyone involved, we reached a point where we needed to either scale the event back (reduce expenses) or figure out a way to grow it further (generate more profit). We approached the Pelican Brewery about adding the brewfest and they jumped at the opportunity. From our very first meeting, they have been nothing but supportive and gone above and beyond to help make the overall event better and more profitable. The unrestricted use of their resources and dedication to the event has helped grow it into what it has become. We couldn’t be more thankful for everything they have done!

Years of efforts, along with the added success of the 2019 contest/brewfest and the inaugural Coastal Craft shaping event, the 2020 virtual events, a Tony Hawk Foundation grant and the generosity and ingenuity of Dreamland Skateparks has helped pave the way to the completion of phase 1 of the PC Skatepark. The Kiwanda Corridor Project (KCP) is one big step in implementing the recently completed Cape Kiwanda Master Plan and the PC/Woods Parking Manageplan. The leaders of the KCP have worked with the NVCA to incorporate the community and skate park into the overall project plan. The Kiwanda Corridor Project is an opportunity to improve livability for our residents and visitors of Pacific City by connecting recreation, commercial and residential places in Pacific City/Woods and resolving existing traffic and parking issues. The incorporation of the community and skate park into the project has opened some funding resources to be redirected to Phase 2 of the skatepark. That TLT grant along with last year’s virtual event and parking donations have helped us raise two-thirds of the necessary funds for Phase 2. There’s no doubt that this has been a true effort for and by the community. We look forward to bringing the community together once again to continue the effort to build Phase 2 of the skatepark. 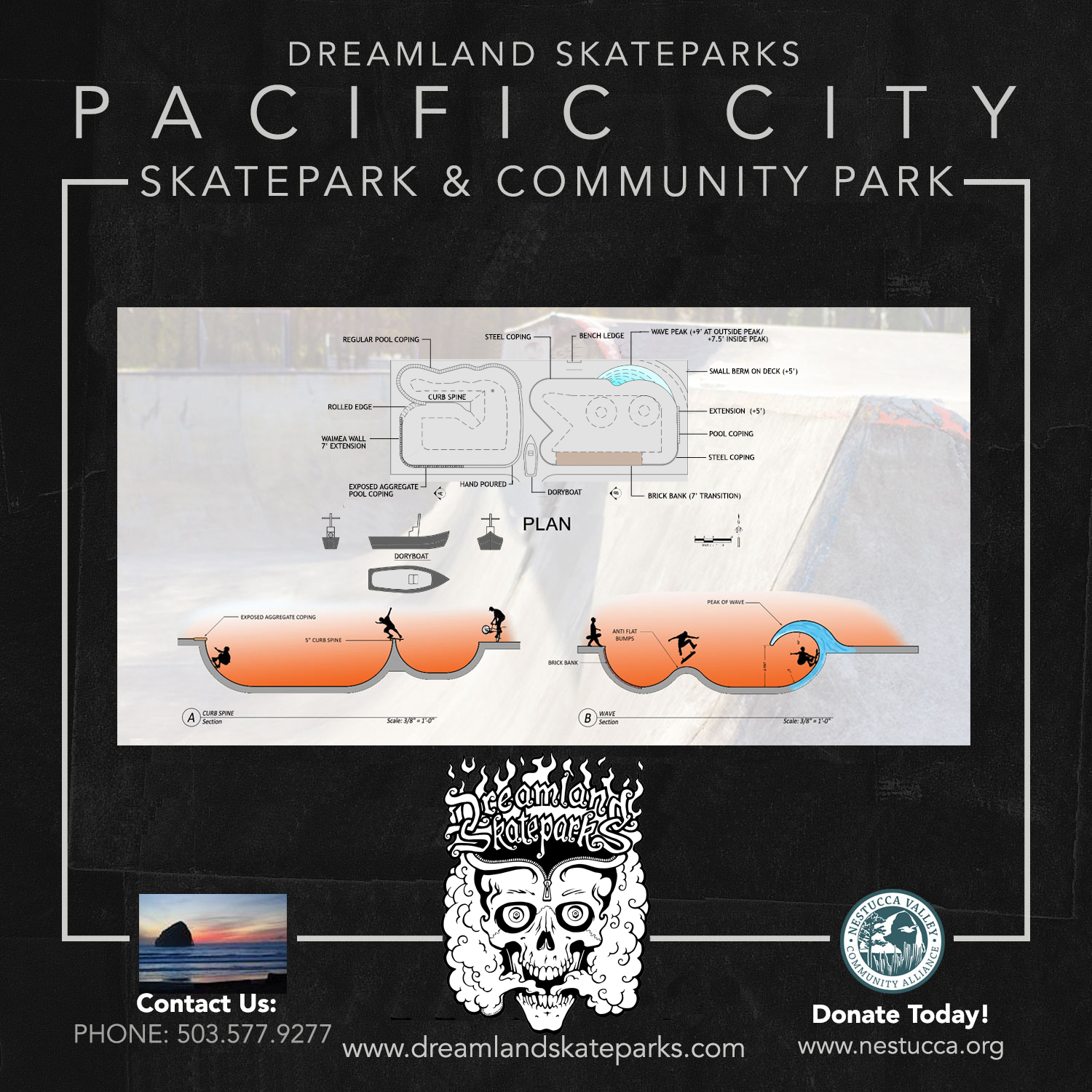 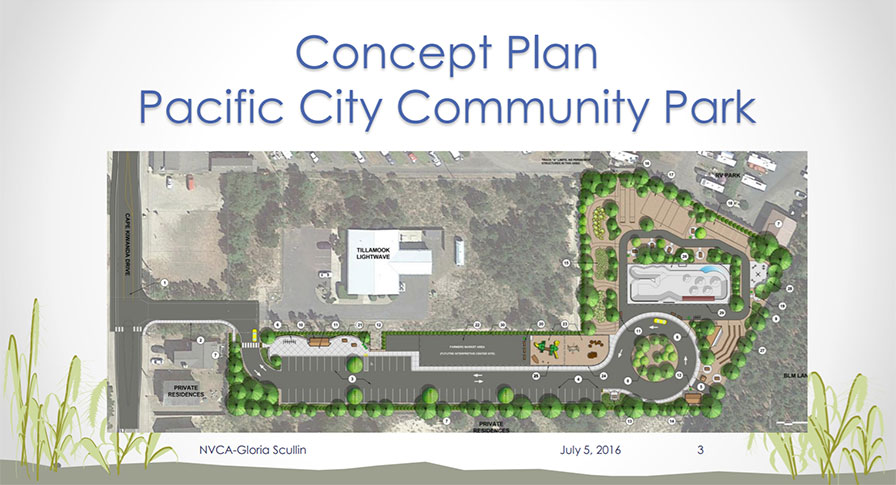